Which can be used for various projects such as tourism, building of ports & maritime examination

Antipara is an underwater 3D geospatial mapping and analytics company for maritime and environment inspection. It created an algorithm that provides information for marine zoning and management.

Antipara Exploration and Alternative Indigenous Development Foundation (AIDFI), who have emerged as the top social innovators for Globe Future Makers 2019 (GFM), have developed technological tools to help solve some of the country’s most exigent social challenges.

Antipara is an underwater 3D geospatial mapping and analytics company for maritime and environment inspection. It created an algorithm that provides information for marine zoning and management which can be used for various projects such as tourism, building of ports and designation of marine protected areas and for damage assessment and maritime examination through 3D inspection of undersea infrastructure such as cables, pipes and foundations. 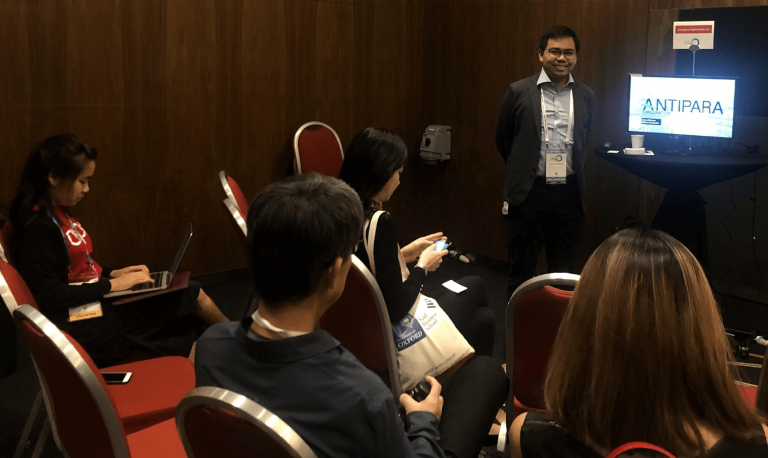 On the other hand, (AIDFI) won with its Hydraulic Ram Pump, a water-powered pump that brings water from lower to higher-elevated villages or farms with no electricity or fuel and emits zero pollution. AIDFI also developed an app to monitor water delivery, technical repairs, money collection, and meetings. Recently, AIDFI adapted a solar-powered, coin-operated water kiosk that serves households and releases 20 liters of water for only Php1 to ensure fairer water distribution and better collection for the water association compared to public tap stands. 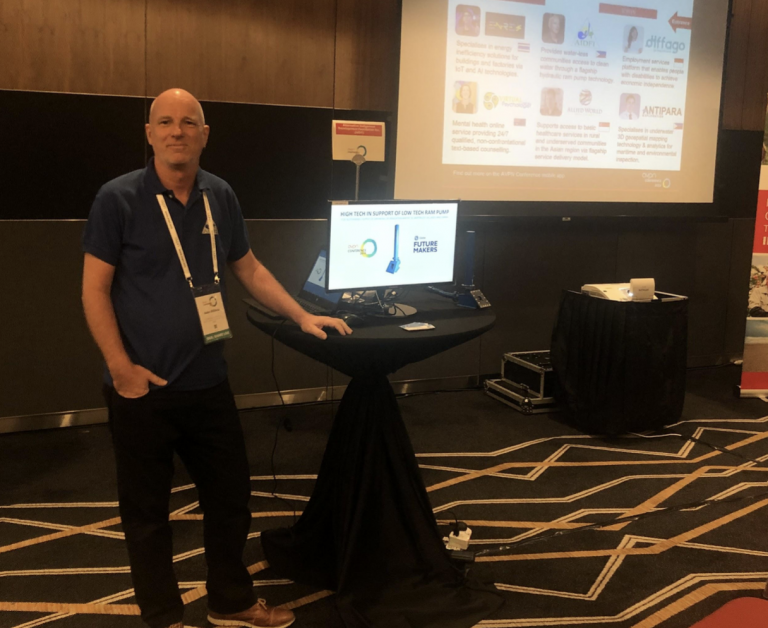 As GFM winners, Antipara and AIDFI were given a chance to visit Singapore to meet possible investors and pitch for grants at the Singtel Group Future Makers, together with the region’s other social impact startups. They were also mentored by other social innovators and were able to attend the AVPN Conference 2019, the largest gathering of social innovators in Asia, which features funders and resource providers from around the globe.

Antipara co-founder, Chief Financial Officer and Business Development Head Cherry Murillon-Cubacub, said their major challenge essentially involves operational funding. “We are a young company and we can hardly sustain salaries and operation expenses, so we joined pitching contests and other fund-raising events to promote our product, gain clients and raise funds. The biggest lesson we learned since we joined Globe Future Makers is how to reach out to the right partners to come up with real solutions for sustainability.”

Cubacub said they look forward to networking where they can directly apply their product and even companies that can provide resources for growth. She added that in the next six months, they plan to come up with a methodology for their 3D inspection for offshore infrastructure, launch a new product for catch documentation and traceability for fishermen.

AIDFI co-founder and Chief Executive Officer Auke Idzenga, a Dutch national who has been in the country since 1985, said AIDFI was borne out of the ideas of four people to use appropriate technologies for sugar workers who acquired land through land reform and for small farmers situated in the uplands where most basic services are absent. AIDFI ran two main programs: agriculture and technologies for basic needs.

AIDFI designed, manufactured and installed several technologies for production and processing, but its flagship has always been the Hydraulic Ram Pump. “We not only perfected the technology but also worked out a whole package to make water systems sustainable. It’s all about creating a sense of ownership in a water association-organized community,” Idzenga added.

Though their initial installations were focused on drinking water and households, the market geared toward irrigation that called for the development of bigger ram pumps. But challenges continue to face AIDFI like copycats, employee attrition, association problems, and project monitoring, which is why Idzenga said they developed the monitoring app. “The road for social enterprises can be bumpy so the best strategy is to stick to the core mission and not to deviate to ensure survival,” he said.

When in Singapore, Idzenga said it was a stimulating and energizing experience for them to have met with like-minded social entrepreneurs from Singapore, Thailand, Indonesia and Australia, and to see how the ram pump can be used in other countries. They also rubbed elbows with companies, philanthropists, investors, government and even the academe, where AIDFI pitched its work in three 5-minute sessions. “The pitching was a very good learning on how to present the work of the social enterprise in a concise way to attract interest.”

Though the hydraulic ram pump technology is over 200 years old, Idzenga said that after winning the GFM through the monitoring app, there is now the opportunity to explore the possibility of combining both high-tech through Globe, and low-tech options. “We now see how mobile applications can be integrated since the program is about shared value. Globe is active in communities or schools that have no easy access to water, which the ram pump can help solve. We are already discussing this with Globe, and we are excited about the areas for possible cooperation.”

GFM is part of Future Makers, a program run by Singtel of Singapore, Optus of Australia and regional associates Globe (Philippines), AIS (Thailand) and Telkomsel (Indonesia). It is open to passionate individuals and social ventures who believe that technological innovation plays a key role in making widespread social impact and create a #GlobeOfGood.